GROWTH BLOG: CEO Guide to DevOps
Technology ConsultingScalability - We wrote the book on it ℠

“but in this world nothing can be said to be certain, except death and taxes.” 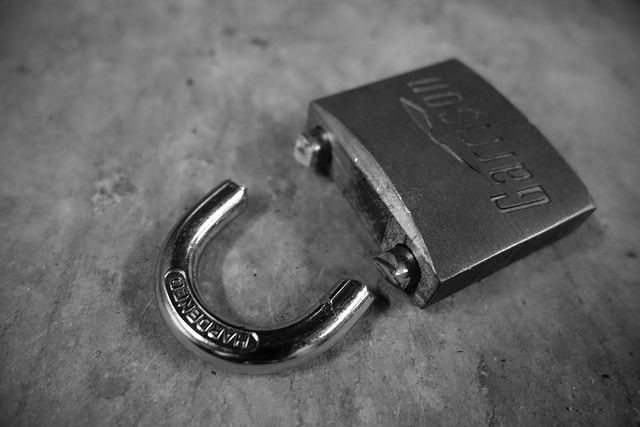 So how did we get here?  The death and taxes is for someone else to explain, but the data breach I will help flesh out.  The following article will begin to explore the world we live in where we know data breaches are not something you hope never happens, but something you prepare for to happen.  Following this article, in the coming weeks I will explore what can be done when the inevitable does occur.

Data Breaches in the 21st Century

“My system is completely secure,” says the guy who is already breached and just doesn’t know it.
Why is a data breach such a certainty in these days?  It comes down to four areas: similarity, interconnections, users and motive.

Similarity
In 2015 Windows had a great marketing plan to upgrade as many older OSes to the current release: offer the upgrade for free.  Issues with upgrading (or tricking users to upgrade against their will) aside this built a quick base for Windows 10 and quickly allowed Windows 10 to overtake version 7 in December 2017 as the most adopted version of Windows.  Couple this with the fact that Windows is one of the highest used OSes and you now have a nicely populated target base.
This isn’t to say that Windows machines are more susceptible than other machines, but that given their popularity and the scheduled release of updates, malicious people are able to identify the weaknesses being patched and target machines that are slower to update.  In an ideal world patches would be applied in a timely manner but there always extenuating circumstances that keep this from happening.  So now if your POS (Point of Sale) system is several patches behind there is an exploit that can target its weakened state.

Interconnections
Don’t feel like being breached and exploited via the internet?  Never get on the internet.  Simple answer, but not a feasible one given the world in which we live.
At AKF we have a tenet of Build vs. Buy.  From a cost perspective it doesn’t make sense to build something that you know very little about if a 3rd party already offers it for a reasonable price.  But cost isn’t the only decision to weigh when it comes to connecting to a 3rd party.  Risk is another major factor.  Is the interaction between your system and the 3rd party enough to help insulate you from their potential compromise?  Integrations through API usually help solve this issue, but sometimes a more thorough coupling of the software is necessary.
So now being reliant on an additional entity (or even more) in that 3rd party helps create another vector with which to be compromised.  And to top it off, you usually don’t have any insight into their security posture.  They may be obligated to provide you with quarterly security scans, but that doesn’t mean they don’t turn off their highly vulnerable machines prior to each scan.

Users
Congratulations on having an extremely secure system that doesn’t rely on 3rd parties being secure as well.  You are now brought down by an employee who thinks they won a raffle.
If this all sounds like a horrible “Choose Your Own Adventure” then you are in the right mindset.  It doesn’t matter what you do to protect your systems because you have Users.  This isn’t to say that all Users can’t be trusted but there are degrees to how much trust they should have.  And whether inadvertent or purposeful they are an extremely susceptible entry point for a breach to occur.  Advanced threats are getting smarter and smarter at crafting emails that get past basic email filters and once opened, create a backdoor for them to access the system.  Once persistent call backs are established, all traffic now looks like the User is generating it internally and most security allows User initiated traffic a higher degree of freedom.

Motive
Have you ever had a bone to pick with a company and didn’t care about the legal ramifications of what you did?  Hopefully not.  But that segment does exist.  Whether you inadvertently wronged a former customer, at least according to them, or you have something that someone else covets, they are going to move hell and high water to get it.  The only thing worse than a malicious actor casting a wide net in the hopes of getting a compromise to stick, is someone specifically targeting your business.  It can become an obsession for them.
Maybe they want access to the banking records you protect, or they would just like to see you embarrassed, this is a worst case scenario for a business.  Someone who refuses to stop until they compromise your system.  They will use everything available, leveraging similarity, interconnections and your Users to gain access.

You’ve Been Breached
Congratulations!  You’ve been breached?!?  Not really the accolade you were looking for, but one you need to accept.  They say the first step is Acceptance, so if you’ve made it this far, you’re where you need to be.  Don’t believe you are breached, or will be in the future?  Feel free to read the article again and start to really ask yourself if you are secure as you think you are.  The above are just small snippets of the overall vulnerability you may have.

-Don’t use Windows?  Well Linux doesn’t guarantee not being compromised.
-Not connected to anyone?  Possible if you are brick and mortar store that only accepts cash.
-You employ the savviest Users?  Everyone makes a mistake from time to time.
-Never upset someone or owned something they could want?  You aren’t a business then.

So what comes next?  Well for that there is a lot of articles out there explaining how to help shore up your system.  One such article comes from our very own Larry Steinberg, Are you compromised?  The important thing is to pick an area where you feel that you are weakest at and go from there.  More often than not this revolves around user training.  But maybe checking off some items from the Australian Cyber Security Centre’s Essential Eight will help.

Ultimately you should have the best ideas on how to help secure your system, but if you find that you may need some assistance looking at you product holistically, with security in mind, AKF can help.