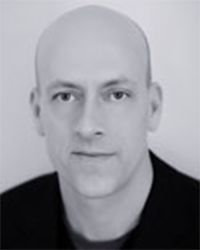 Michael is a veteran technology executive currently serving as the CTO of Etsy and no longer actively consulting. Prior to co-founding AKF Partners, Michael was the Chief Technology Officer of Quigo, a startup internet advertising company that was acquired by AOL in 2007.

Prior to Quigo, Michael served as Vice President, Engineering & Architecture for PayPal, Inc. an eBay company. Prior to joining PayPal, Michael held various positions at General Electric helping to develop the company’s technology strategy. Michael served as a Captain and pilot in the US Army.

Michael has co-authored with Marty Abbott two books on scalability that have been translated to 5 languages, a third book The Power of Customer Misbehavior, as well as several articles on business growth. His issued and pending patents include video content association and the automated optimization of content, products, and advertising.